Martin Angelov, together with his team from Kolelinia, created a small bicycle revolution: a few years ago he presented to the world his bold and attractive idea – HALFBIKE. The halfbike had a record success in a Kickstarter campaign in 2015. ($ 973,764 out of 2,406 supported). Then, at the age of 32, Martin is honored with the rare international recognition Red Dot Design Award.

Martin Angelov (born in Sofia, 1983) began his professional career as an architect and gained experience in the realization of metal and wooden structures. Since 2008, he has been developing concepts for alternative transport systems, the first of which is Kolelinia. The concept of Halfbike, a very compact vehicle, was born in 2010. After a few years and many prototypes, the concept turned into a product and a business run by Martin Angelov and Mihail Klenov.

DESIGN IS: when you manage to set the world around you in a way that can excite the rest. 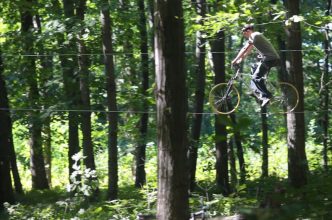 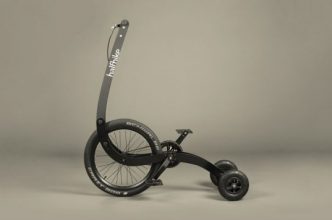